The RO(Romanian) Rosalia project is supported by an European Union LIFE – Nature –  grant through the Association for Biodiversity Conservation, and is the first study in Romania to manipulate forests for the conservation of saproxylic beetles (including Rosalia alpina – the most charismatic of longicorn beetles) in traditionally-maintained landscapes, ultimately providing conservation and management guidelines for endangered, threatened, and data deficient longicorn beetles.  To survey longicorn beetles throughout the 4 year project, we are using pheromones combined with flight intercept traps in the Vrancea Natural Park in the Romanian Carpathians.  The project aims at gathering ecological information on longicorn community composition, species richness, and abundance, which will be used to evaluate current forest management practices and promote public education on the ecological role of longicorn beetles within the Park. Our target groups include natural park and forest department staff, local communities, and land managers. To reach the project goal and objectives, we are also engaging with Romanian academics (faculty and students at University of Bucharest, Faculties of Geography and Biology),  the National Natural History Museum Grigore Antipa, pheromone industry (Synergy Semiochemical Corp.), outreach (Invisible Nature) and higher education institutions in the U.S. (OHIO University).

What is a longicorn beetle?  A longicorn beetle, or long horned beetle, (Family Cerambycidae) is a species of beetle typically with (as you might have already guessed) very long antenna.  Often, the antenna are one and a half times the size of their body.  There are over 20,000 of these beetles described worldwide.  The larva (or immature stage) of the beetle can often  be found boring through wood where they develop and pupate.  Many species in this family are considered pests because of the damage they cause to lumber (nobody wants wood with holes when building a house). But these beetles are just doing their job, recycling wood, which is an important ecosystem service!  As nature’s recyclers, longicorn beetles are the ideal biological indicator for forest health, and can be used as conservation surrogates for other forest species of conservation concern. It’s because they are such good recyclers of trees that the line between “damage’ and “ecosystem service” can be gray, causing the conservation of these beetles to be tricky. 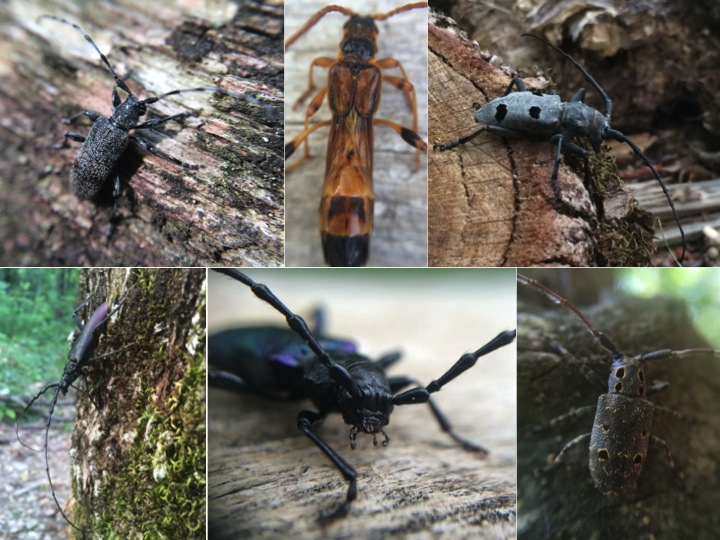 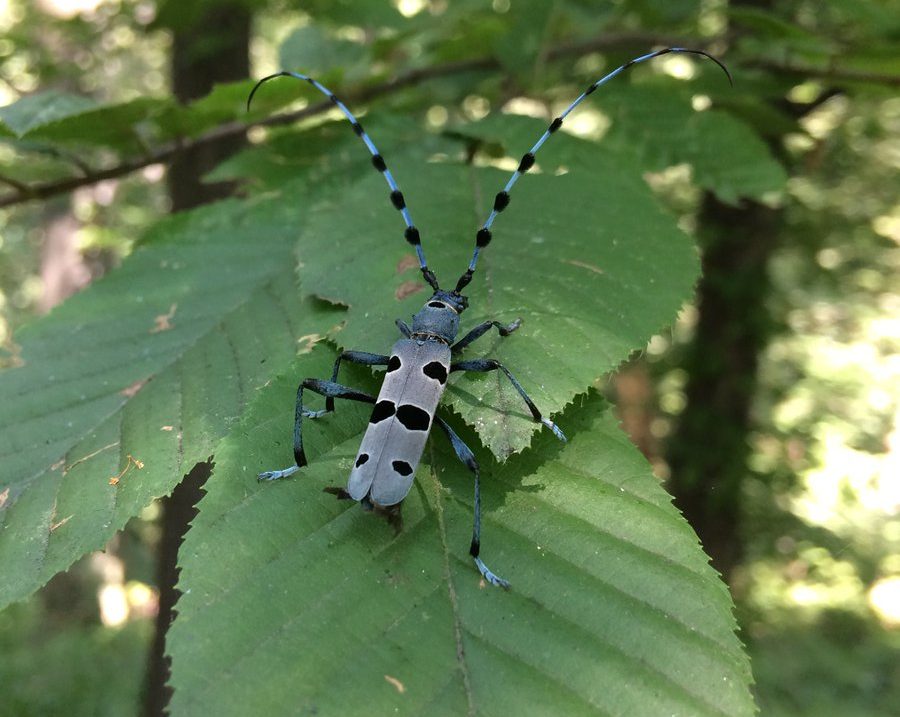 One of the projects target species – the Rosalia Longicorn, Rosalia alpina

The VNP was declared a natural park in 2005 and is made up of  30.204 hectares (74.64 acres) of protected land. The park is located in East-central Romania and is considered a biodiversity hotspot in Europe.  Management practices within the park emphasizes nature conservation and interactions with humans through traditional land use. The forests are made up of mainly beech with conifers mixed throughout, and they harbor a variety of data deficient, vulnerable, threatened, and endangered beetles. 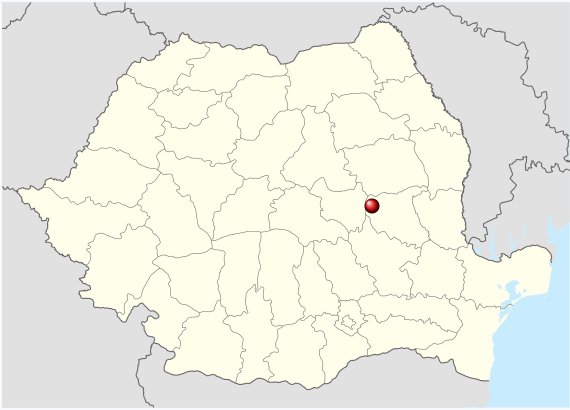 Traditionally maintained landscapes of VNP are open areas of natural herbaceous vegetation interspersed with forests,  shaped by centuries of human activity, i.e. animal grazing, hay production, and wood for heating.  (The hay fields are such an important aspect of the traditional way of life that the Romanian language has many words to say “hayfield”!  In comparison, the english language has only one word.)  Within Central and Eastern Europe, these open landscapes are well known to have high biodiversity and high conservation value, which is why we were so keen to learn about the beetles that call this habitat home.  Unfortunately, due to recent migrations of young people to cities and to other countries, the traditional way of life is in sharp decline. Historical, cultural and natural heritage in these traditionally maintained landscapes is under threat, and species that depend on this type of management are also at risk. Indeed, farmers and land managers have the responsibility to preserve these unique habitats and prevent land abandonment, and ecologists can help by studying the  biodiversity of traditionally managed landscapes and supporting conservation initiatives.

LIFE ROsalia will feature stories on this website (bekkabrodie.com) and others. Or follow on Twitter (@LIFEROsalia) for live research updates.  If you missed one, don’t worry!  You can find links to posts specific to this project below:

2.) The Case of the Mysterious Mesosa Longicorn Beetle (featured article in Entomology Today)

The Association for Biodiversity Conservation (ACDB) is a non-governmental organization established in 2003, whose mission is the preservation of biodiversity and environmental education in Romania. The main objective of ACDB is safeguarding Romania’s biodiversity through sustainable forest management, protected areas management, and environmental education and outreach. ACDB has benefited from substantial national and international support for conservation projects (e.g., PHARE, LIFE Nature). The organization focuses on nature protection in the forested ecosystems in Eastern and Southwestern Carpathians, and recent projects have targeted mammals (e.g., brown bears, otters) and reptiles (e.g., tortoises). These projects have resulted in a detailed evaluations of animal abundance and habitat suitability, leading to improved monitoring and effective conservation, as well as to the establishment of the only wildlife rehabilitation center in Romania (2004). The skill sets in the organization has grown considerably in the past 3 years to include entomologists, conservation planners, and forest ecologists, along with teachers, carnivore specialists, ecologists, veterinarians, and students (50+ Romanian and international members). The Carpathian forests span a range of management types and uses (e.g., industrial, traditional), and the skillset of the staff and volunteers has allowed for expansion to other, less addressed endangered and vulnerable taxa, such as insects

Semiochemicals Corp. (Burnaby, BC, Canada) was founded in 2004 and quickly became the leader in providing insect pheromones within the forestry sector. Majority of this success is due to their teams knowledge, fair pricing, and quality of products, but perhaps it is also due to their commitment to science and learning. David Wakarchuk, the founder of Synergy Semiochemicals, has supported this project by graciously providing 387 pheromone lures!  You can read more about their forestry related research projects here.

The Centre for Environmental Research, otherwise known as “The Centre” at the University of Bucharest works with university students, faculty, and staff focuses on biodiversity, environmental quality, and current environmental problems in Romania.  The RO Longicorn project works hand and hand with “The Centre” to improve the conservation status of poorly understood, threatened, and endangered longicorn beetles in the Iron Gates Natural Park.

Invisible Nature (Bucharest, RO) offers businesses, authorities and NGOs impactful solutions that lead to system-level changes for a sustainable future. Invisible Nature is working with RO Longicorn Project to create a video that, not only teaches, but inspires people to connect with the natural world and science.